Sony Mdr 7506 Headphone Review: Why this Headphone is Awesome
HHeadphones

Sony Mdr 7506 Headphone Review: Why this Headphone is Awesome

Fancy a bit of retro-cool? If you do and you’re in the market for an inexpensive pair of studio headphones, these might be the answer. The Sony MDR-7506 Professional Large Diaphragm Headphones have been a constant presence in recording studios around the world for a long time. The fact is that a product doesn’t survive with this level of popularity and longevity without reason. So, let’s get this Sony MDR-7506 review underway and see what all the fuss is about.

The MDR-7506 has been the world’s most popular professional headphone for many decades, and it’s just a slight cosmetic variation on the previous Sony MDR-V6 that’s been around since the late 1970s!

Sony MDR-7506 has shunned the idea of doing anything whatsoever to bring even a hint of modern design anywhere near these headphones.

Perhaps the good people of Sony land think that if they change the style bad things will happen. Maybe the poor MDR7506 headphones will have an allergic reaction? Maybe they’ll have a mental breakdown or spontaneously combust?

Whatever the reason for Sony sticking with the same kind of headphones styling for close to 40 years, we’re pleased.

These may just be the ultimate anti-fashion statement. These are for people who take their music seriously, and they don’t care what people think. Though they do care really!

Sony MDR headphones have always been about studio monitoring. It’s what they’ve been designed for. This is something we’ll look at more closely a little later. But could they be used outside or for your daily commute?

The Sony MDR-7506 headphones are wired and have no Bluetooth or any other kind of modern-day connectivity. These are unashamedly built for reference listening, and they focus purely on this and nothing else.

The limited features they do have to include the attached 1.8 m coiled cable that will stretch out fully to 3 m. It’s a good quality cable and is actually perfect for a studio environment.

It needs to be since the cable can’t be detached, so as we’ve already mentioned, replacing it is going to be a bit tricky.

You do get a 3.5 mm to ¼” adaptor included with the headphone, which is always a useful inclusion. You also get a soft carrying case. Furthermore, since the Sony MDR-7506 can easily be folded, you can store these in a relatively small space.

The MDR-7506 has a moderate amount of midrange presence boost to add clarity for monitoring. This gets in the way of music listening, which isn’t the reason why people buy these.

The extra presence is great for hearing noise, and helps get the sound out of your head — a little. For some odd reason, probably my imagination, it seems to empathizes cellos.

The lower midrange (a few hundred Hz) is a little thin, while bass is surprisingly perfect.

The MDR-7506’s bass response is usually excellent. It’s deep, solid, and strong without ever being boomy (except for a tiny bit around 60 Hz).

The 7506 has better bass accuracy than most more expensive headphones. For instance, the Audio-Technica ATH-M50 has slightly more boom without as much really deep bass, and the Beyer T70p often doesn’t give a good head seal, so its bass leaks out around the edges.

The bass response doesn’t vary much at all if you press them harder to your head, which is great. Even with light pressure they have great bass.

The MDR-7506 also is great for enjoying movies on your iPad; bass is natural, not emphasized as it is on the Ultrasone Edition 8.

The MDR-7506 is a pretty tough professional headphone. It’s built to take a lot of abuse from people who work at TV stations and don’t have to pay for these themselves.

The plug and adapters are all-metal. The wiring is external, you can catch the little wires that run into the top of each earpiece on twigs if you’re running through the brush.

The hinges and height adjusters seem like stainless steel.

The build quality doesn’t look to be too good at first glance. The Sony MDR-7506 hasn’t been overdone with plastic, but they look like they might be a little fragile.

However, despite their looks, these are much more rugged, and hard-wearing than they’re appearance might suggest.

These are headphones that have proved, with time, that they’ll take anything you can throw at them.

But the Sony MDR-7506 headphone isn’t perfect, and they have their weaknesses. The hinges are an obvious potential point of failure. They’re made from plastic, and although they’re reasonably strong, like a lot of headphones at this price point, it’s an obvious weak spot.

The MDR-7506 is optimized for professional monitoring, meaning optimized to help professionals hear what’s wrong with a recording while they can still do something about it.

The MDR-7506 are superb compared to any headphones at any price for letting us hear any noise, clicks, pops, inappropriate under-the-breath language or distortion while we’re still on the set.

The great deep-bass response lets us hear any rumble before we get phone calls complaining about it.

They are a good compromise between revealing noise and not sounding too bad, but for enjoying music, more expensive headphones can be much cleaner.

The MDR-7506 sounds great for a small, light, well-isolating $100 headphone that folds up to throw in your DSLR bag, but nowhere near as clean and open as more expensive headphones like the Beyer T70p or Beyer DT 880 for enjoying music at home.

The presence boost can get nastier for symphonic massed strings and choral werke. They’re not great for enjoying classical music, but very good for hearing what’s wrong while you’re recording it.

The Sony MDR-7506 might be showing their age, but they still have a place in modern studios.

If you’re looking for an inexpensive set of reference headphones, you’ll have a long search on your hands to find anything as good as these for the price. If you can embrace the retro-looks, you’ll get yourself a pair of great-sounding headphones for not a lot of money.

the pros have made the Sony MDR-7506 the world’s best-selling pro headphone. If you need to hear what you’re doing while out in the field, these are the best combination of price, performance, utility, and durability — especially if you’re a TV station and handing these out to all your crew.

These are another pair of closed-back headphones, but their isolation isn’t superb, which makes them a good choice for mixing.

Although their frequency response is not as flat as some other headphones, it’s still relatively flat. They do accentuate some frequencies more than others, like the low-mids.

What does MDR stand for Sony?

As a product line, the MDR-series Studio Monitor folding headphones have been noted as a “favorite of sound professionals because they’re reasonably flat sounding, inexpensive, compact, and they can take a lot of punishment.”

The MDR prefix is an initialism of the Micro Dynamic Receiver trademark.

Cheap Cell Phone Plans For You and Your Loved Ones 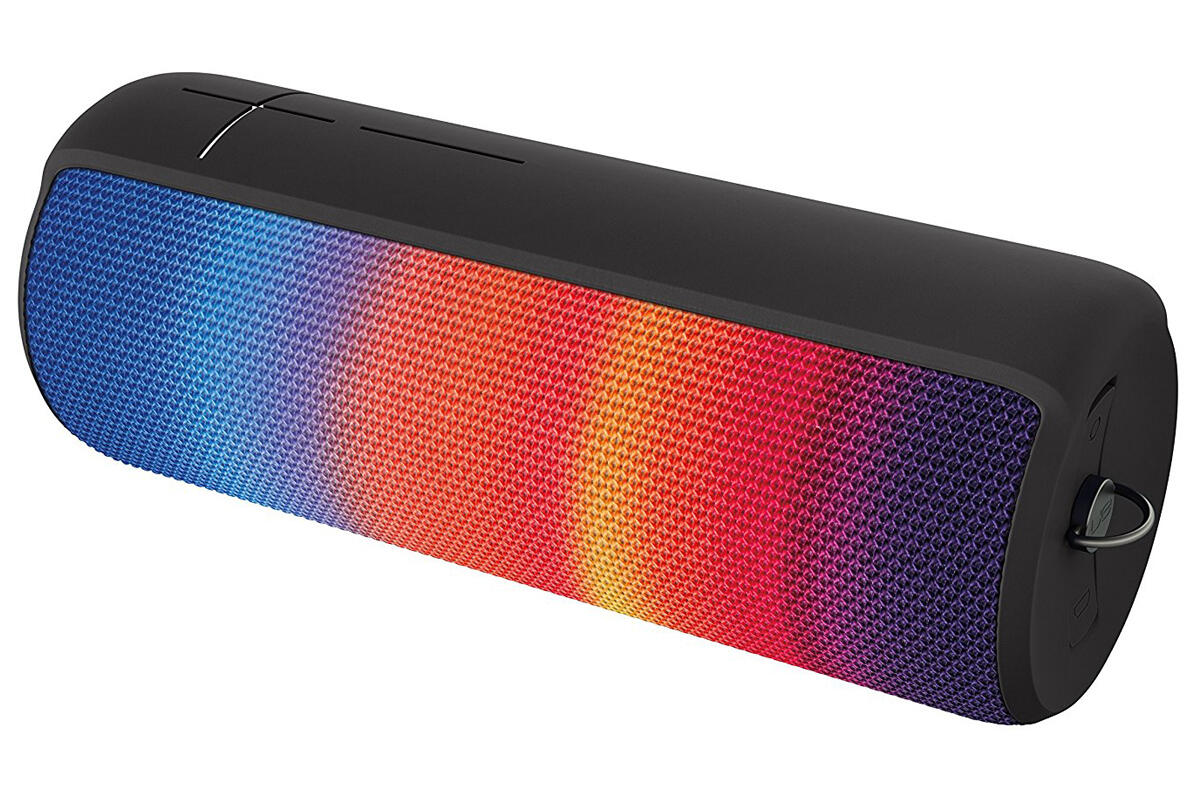 Read More
AAudio
If you need a portable speaker that plays your songs as loud as you want them, can last… 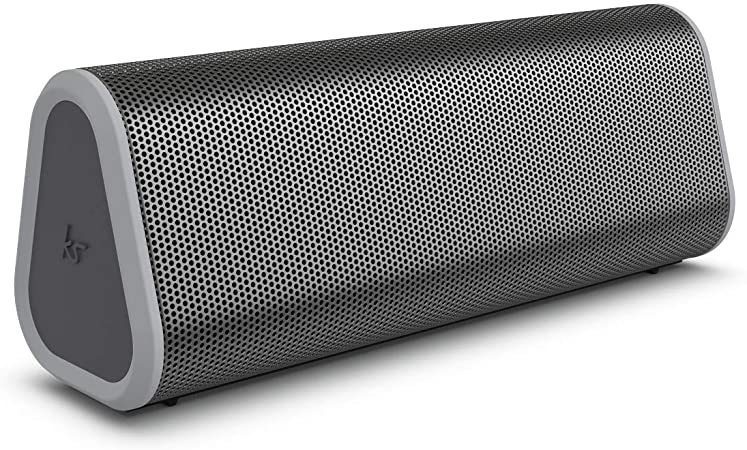 Read More
AAudio
Up for review today I have another Bluetooth speaker, but this is one of the better ones I’ve… 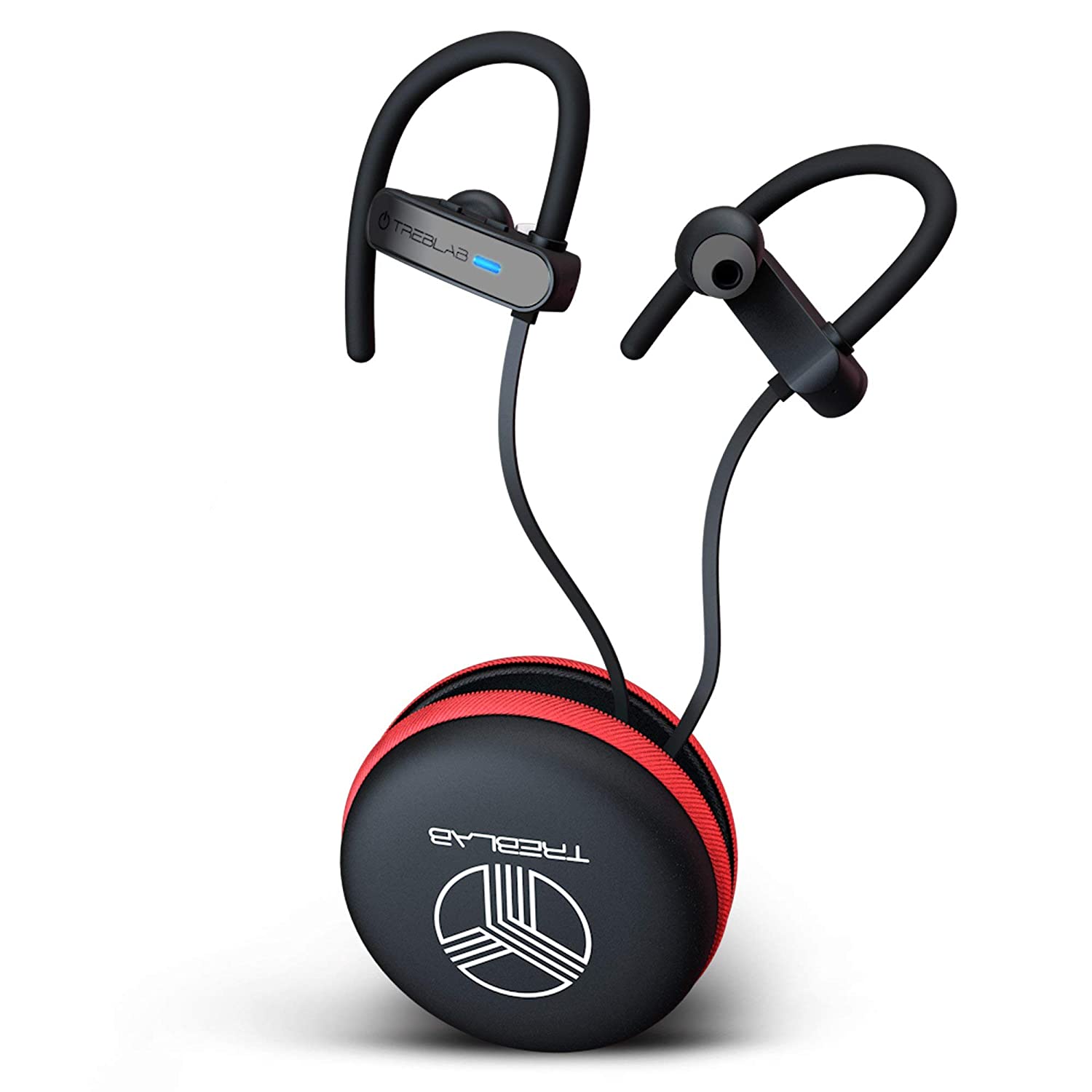 Read More
EEarbuds
Pamu Slide Scam Wireless Earbuds 2020 Updated Review. With so much anticipation of what the new Pamu slide… 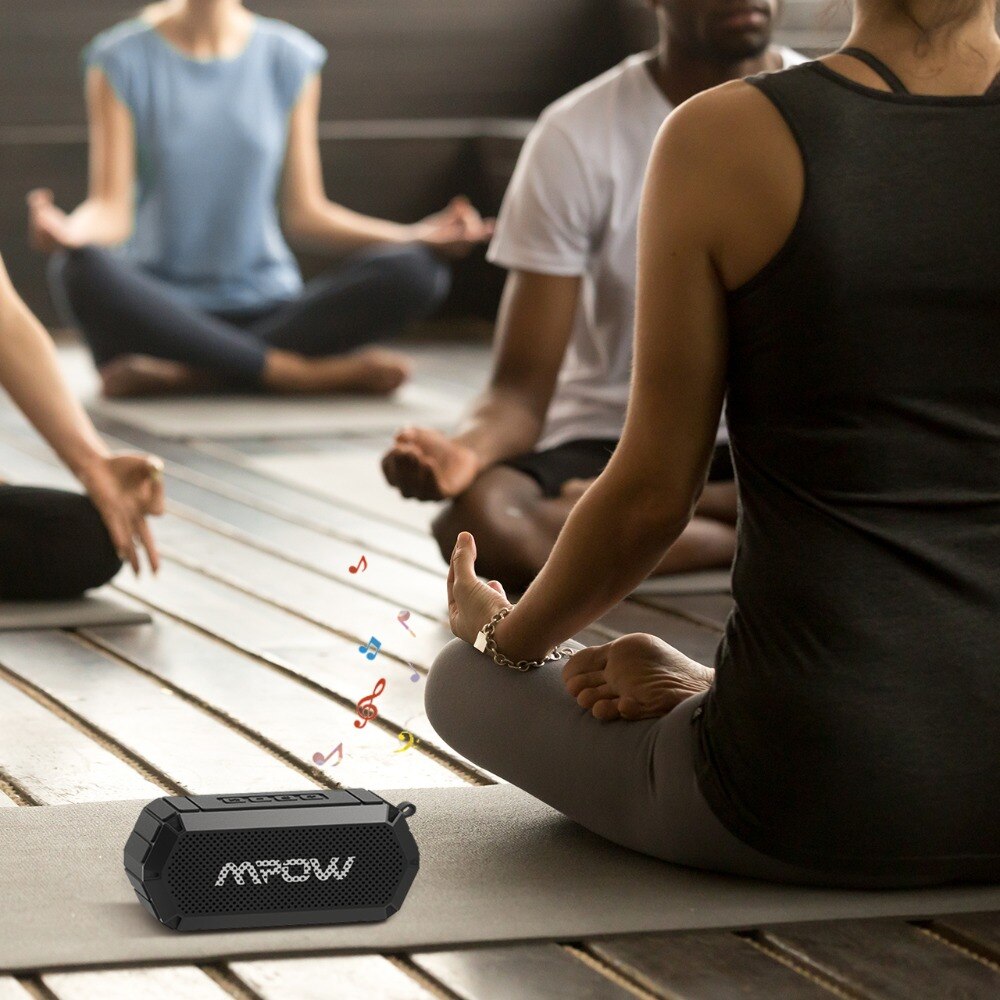 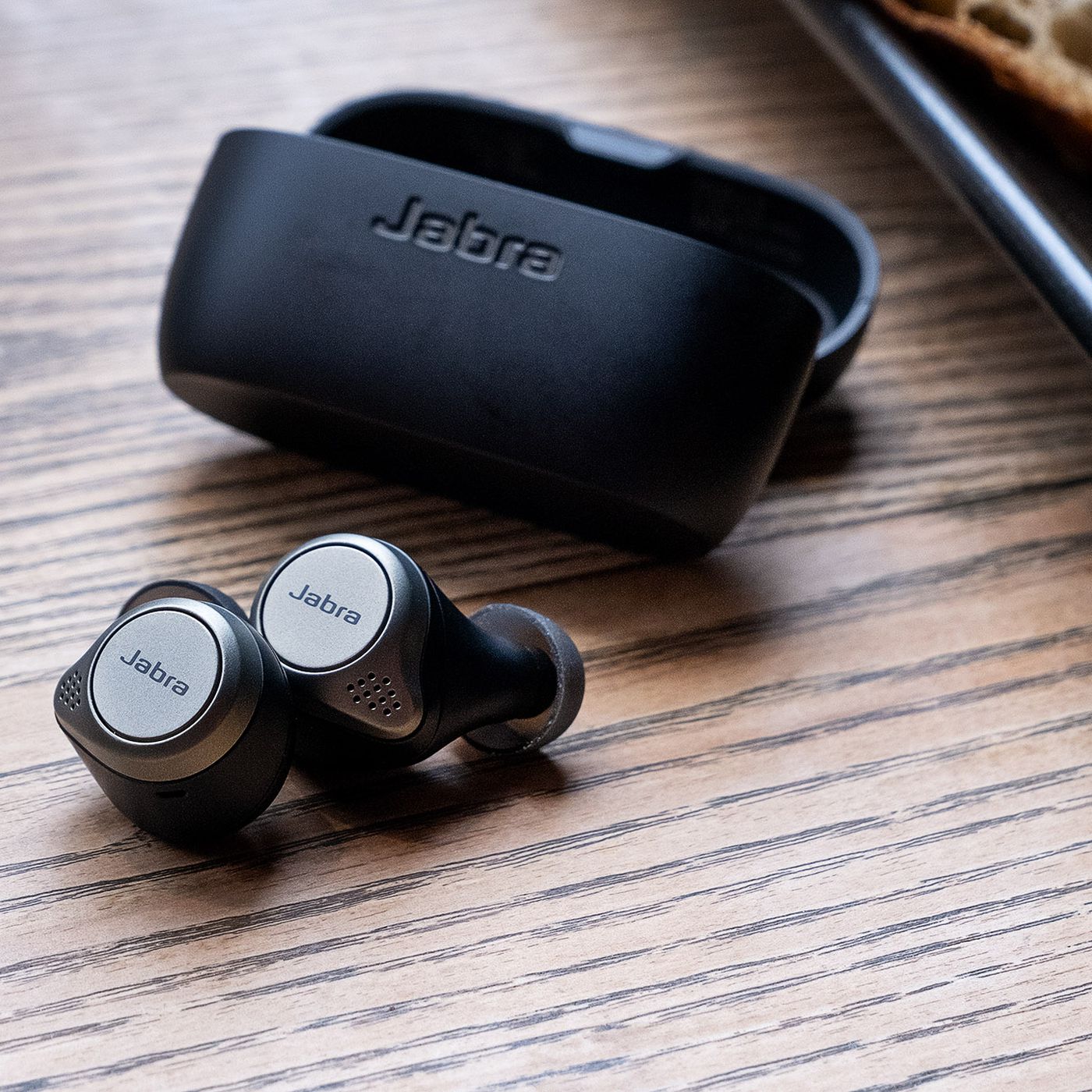