You know how much you rely on your phone. It’s no wonder that robust battery life means more to you than you ever thought possible. No matter what you’re looking for in a smartphone, one thing’s certain, you’ll want to make sure it offers decent battery life. It’s no good having a phone with a killer display for streaming video or a top-notch camera if it turns into a paperweight after only a few hours of use. For some, long battery life is essential, whether as a means to stay connected to someone or if you’re one to venture out, away from a viable power source, for days at a time.

If you want to get the most use out of your phone between charges, you can’t go wrong with powerhouse devices

Smartphones are quickly becoming central to the modern way of life. From communication to entertainment, they play a part everywhere.

Some people need better performance, some want to have the best camera and some just want their smartphone to look good. But, a big battery is important for any smartphone as it is needed to make sure that all the parts in a phone keep ticking and the user remains connected to the world outside without any troubles.

Now, we are fast approaching a time where almost every smartphone can provide most of these above-mentioned aspects. Even battery life is not a constraint anymore for most phones. With more than a few good long battery backup mobiles available, it has become difficult to choose the best battery backup phones in India. But, fret not.

Our list of best battery life mobile phones mentions the best phones we have tested in the past year or so. Some of these offer not the only good battery but decent performance as well.

With brands like Xiaomi now dominating the mid-range market, mobile giant Samsung has upped its game in 2020 releasing the affordable M31 with a huge 6000mAh battery.

With the Samsung Galaxy M31(Amazon), they are offering one of their flagship level Super AMOLED displays at under £250/ $260. What’s not to love!

However, the goodies don’t end there. For all you Instagram-addicts, there’s a 32MP selfie camera plus a decent Samsung quad-camera setup on the rear.

Coming to the performance, it is buttery smooth thanks to Samsung’s inhouse chip, the Exynos 9611 paired with 6GB of RAM.

The device can breeze through regular day to day workloads as well as get you through demanding Android games at mid-to-high settings.

Finally, in terms of design, this is the only place where Samsung had to cut some corners by going with a plastic build. However, the plastic body does help to keep the weight down at only 191 grams despite the massive battery, so that’s a big plus.

Grab yourself a Samsung phone that doesn’t die after 5 hours!

If I had to use one word to describe the Oukitel K13 Pro, it would be “thick”. Admittedly, that isn’t typically how you compliment a smartphone in 2020.

However, when your “phone” packs an 11000mAh battery and doubles as a powerbank to charge/power other devices, then certain conventions can be overlooked.

Now, to mask the 14.5mm thickness, Oukitel has gone with a rugged design which actually ends up adding some personality to the device. However, at 286g weight you’re gonna need some serious pockets to handle this beast!

If the idea of 25 hours of screen-on time sounds perfect, then still don’t buy the K13. Let’s be honest, you can carry the 8000mAh power bank around with plus a much better & slimmer device for the same price!

But if you really do want this beast, then the £180/$200 price-tag is reasonable for the low-end specs + huge battery. And thank you Oukitel for adding fast charge!

I was a huge fan of the G7 Power, and the Motorola G8 Power only builds on its predecessors’ strong points. Yes, the device comes with a 5000mAh battery, qualifying it for this list of smartphones with amazing battery life. However, that’s only half the reason why I have included it on the list.

At first glance, it seems like you are getting an average well-rounded spec sheet that is typical of a £200 smartphone. But then you notice that the device comes with dual stereo speakers with support for Dolby audio, and all of a sudden it’s a bang-for-the-buck media powerhouse.

The audio output from both the speaker grills as well as the headphone jacks is super clean and loud – the best you can get at this price point. And to compliment that, you have an awesome full-HD 6.4″ punch-hole display that makes it an absolute pleasure to use.

Coming to its internals, you have a Snapdragon 665 running the show paired with 4GB of RAM and 64GB of internal storage. That’s more than enough for all your media-centric needs.

The Oppo A5 and the Moto G8 Power are very similar when you take a look at their spec sheets. Both devices have a 5000mAh battery powering a Snapdragon 665 processor, and both have dual stereo speakers with Dolby Audio support.

However, the Oppo A5 is priced significantly cheaper than the G8 Power. In fact, during sales, you can get the A5 with a £60/$70 discount. This also makes the Oppo A5 the most affordable 5000mAh phone which also supports reverse charging.

While OPPO isn’t a mainstream brand in the west yet, it’s been one of the most popular phone makers in Asia for many years producing a range from budget to super-high-end.

The OPPO A5 2020 stays sleek while retaining its big battery!

The UmiDigi F2 delivers awesome specs while remaining affordable. What more do you want?

I wasn’t able to find a single scenario where the F2 underperformed.

For example, are you considering gaming performance? Well, the Helio P70 along with 6GB of RAM made sure I could play PUBG even at the highest settings. In fact, the experience was further enhanced by the FHD+ 6.53” bezel-less display.

Finally, coming to the battery life on the device, you have a 5150mAh battery that’s complemented by the power-efficient processor and bloat-free stock android. This combination made sure I got 9 hours of screen-on-time, no matter how extensively I used the device.

Can a smartphone last 10 years?

The stock answer that most smartphone companies will give you is 2-3 years. That goes for iPhones, Androids, or any of the other varieties of devices that are on the market. The reason that’s the most common response is that toward the end of its usable life, a smartphone will begin to slow down.

Do iPhones or Androids last longer?

The truth is that iPhones last longer than Android phones. The reason behind this is Apple’s commitment to quality. iPhones have better durability, longer battery life, and excellent after-sales services, according to Cellect Mobile US

How long does a 5000mah battery last? 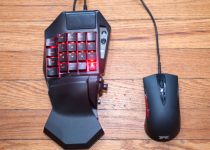 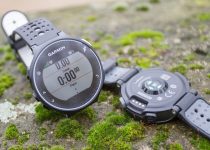 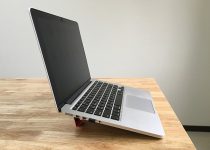