Are you in the market for a new phone specifically made for your needs?  Then you should check this out. Samsung has recently launched the latest generation of Galaxy Note devices, called the Galaxy Note 10 and the Galaxy Note 10+. These devices pack a powerful processor, an Infinity-O display, and improved S Pen functionality. Is Samsung’s biggest smartphone the best that there is? We put the Galaxy Note 10+ to the test to find out.

It delivers strong performance, a host of new S Pen tricks — including Air gestures — and above-average battery life. I also like the fast charging and pro-level video effects. However, the cameras could be better

As I discovered during my Galaxy Note 10 Plus review, it’s a great phone for those who prefer larger displays. The newer Samsung Galaxy Note 20 Ultra is a better bet for power users because it offers a smoother 120Hz display, faster processor, a bunch of S Pen upgrades, and a more powerful 50x zoom camera. But the Note 10 Plus is worth considering if you want something more affordable.

I have to give credit to Samsung. It has managed to cram a 6.8-inch display into a design that’s both thinner and lighter than the Galaxy Note 9, which had a 6.4-inch display.

This is partly because the Galaxy Note 10 has slimmer bezels, thanks to its Infinity-O display with a cutout for the front camera in the top center portion of the screen.

Samsung also removed the headphone jack, which at this point feels more inevitable than controversial. It also allows the Galaxy Note 10 Plus to pack a bigger battery. The good news is that Samsung bundles AKG headphones in the box that use USB-C.

Make no mistake, the Note 10 Plus looks and feels like a phablet, especially compared with the regular Note 10 and its 6.3-inch screen. This is definitely a two-handed device, but it’s a sleek one.

If you like your phone to be flashy, I would pick up the Aura Glow version of the Galaxy Note 10 Plus. The iridescent silver design changes color based on how the light hits the back of the phone.

The only issue is that the Aura Glow model picks up fingerprints quickly; I found myself wiping the back of the phone on my shirts and pants to keep the smudges at bay.

Short of a foldable phone, you won’t find a larger screen on an Android phone than the 6.8-inch AMOLED panel on the Galaxy Note 10 Plus. And it is a sight to behold, with the same rich colors and wide viewing angles we’ve come to expect from Samsung.

The screen has the same Quad HD+ resolution as before, but it’s certified for HDR10+, compared withHDR10 for the Note 9. When watching the trailer for Star Wars:

The Rise of Skywalker, I could make out fine wisps of hair on Rey’s head, and Kylo Ren’s fiery red lightsaber crackled and popped off the screen as he drove it into his enemies.

The center cutout or punch hole at the top center of the Galaxy Note 10’s screen isn’t as offensive as the cutout on the Galaxy S10 Plus. That’s because this has a single front camera, compared with two on the S10 Plus that are located on the right side.

The Galaxy Note 10 has an ultrasonic fingerprint sensor, similar to the Galaxy S10. The sensor works pretty well overall, but users discovered that both the sensors on the S10 and Note 10 could be fooled using a silicon screen protector. A subsequent software update from Samsung reportedly fixes this issue.

The S Pen has learned some new tricks with the Galaxy Note 10, but I’m not yet sold on how useful they are. The handwriting-to-text feature is designed to let you convert your scribbles and import them, such as into Microsoft Word docs.

The functionality generally worked during my brief hands-on time, but the phone sometimes missed a letter. More important, it just didn’t feel instant.

I like that you can just double-tap on words in the Notes app and then tap the convert button that appears. However, I didn’t see a way to select all handwritten notes within a note at once, and if you have a longer note the process of double-tapping a selection and then dragging the box to enlarge it seems like too much work.

If you like the idea of using the S Pen as a pseudo-magic wand, there’s Air Actions. This S Pen feature lets you do things like change modes in the camera app by waving the stylus from side to side while pressing the button, or zooming in on a subject by drawing a small circle in the air.

With its four camera sensors, the Galaxy Note 10 Plus is definitely an upgrade over the Galaxy Note 9’s two cameras. The back of the Note 10 Plus houses a wide-angle camera and telephoto lens like its predecessor, but adds an ultrawide shooter to fit in more of the frame and a depth sensor to achieve more convincing bokeh effects when shooting portraits.

The Note 10 Plus offers Live Focus effects when shooting portraits, similar to the Galaxy S10 Plus. I like the Big Circle and Color Point effects especially, though the bokeh effect looked a bit messy.

Big Circle looks good at first glance but blurred out Adam Ismail’s hair. Color Point puts the subject in color and the background in black and white, which I could see myself using more often.

Samsung says the Note 10 Plus now offers pro-grade video. For example, the phone offers Live Focus video effects, so you can blur out the background or change the background to black and white while the subject is in color.

This worked well in my testing; my colleague Rami jumped off some stairs with the Live Focus on and the background of plants and passersby was indeed blurred.

I also tried Live Focus on two other colleagues, Adam and Kate, as they walked down a pathway in Bryant Park. The Note 10 Plus did a remarkable job blurring out plants and other people but at times Kate looked a little blurry, too. Still, the whole clip looks pretty compelling and kind of reminds me of a soap opera.

Even though it will benefit from the Android 11 upgrade when it’s released for the phone later in 2020, other phones will still outperform it. Forget all of that – the rankings, they don’t matter: the Note 10 is Samsung’s best phone and, most importantly, the most fun we’ve had using a smartphone in 2019.

What can the Galaxy Note 10 plus do?

Samsung says the Note 10 Plus now offers pro-grade video. For example, the phone offers Live Focus video effects, so you can blur out the background or change the background to black and white while the subject is in color

How waterproof is the note 10 plus?

The Samsung Galaxy Note 10 Plus is also water-resistant, with an IP68 rating, which allows for submersion in 1.5 meters of fresh water for up to 30 minutes (though Samsung advises against beach or pool use and water damage isn’t covered under warranty 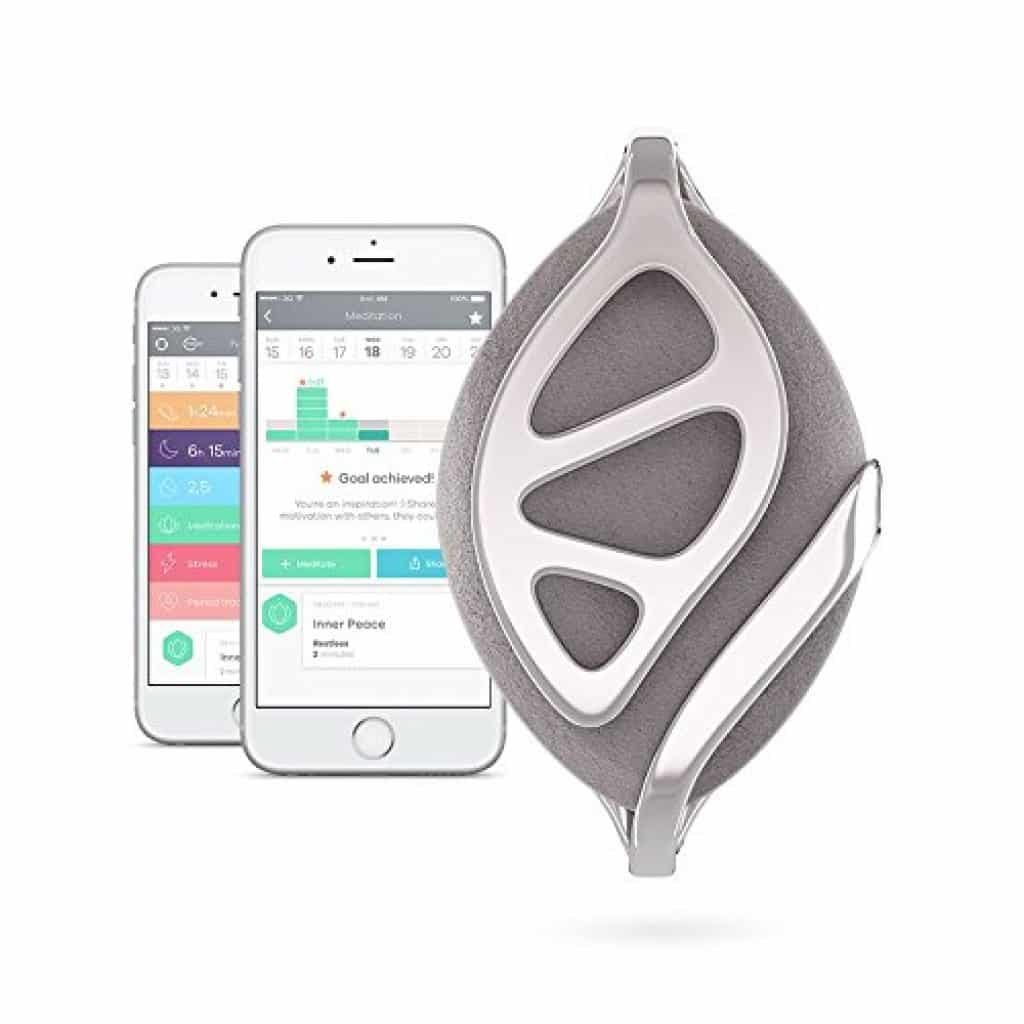 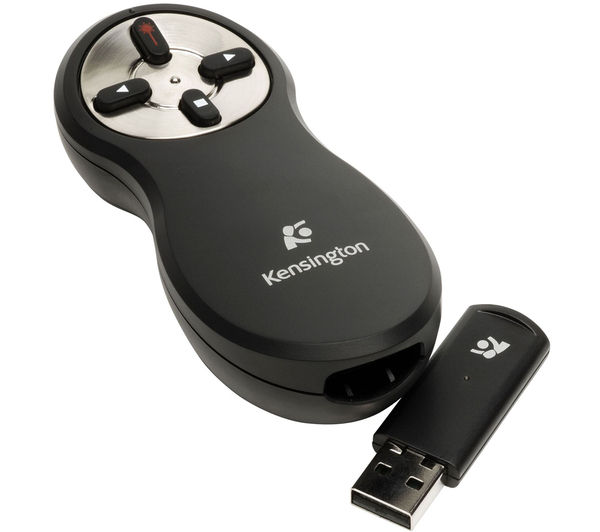 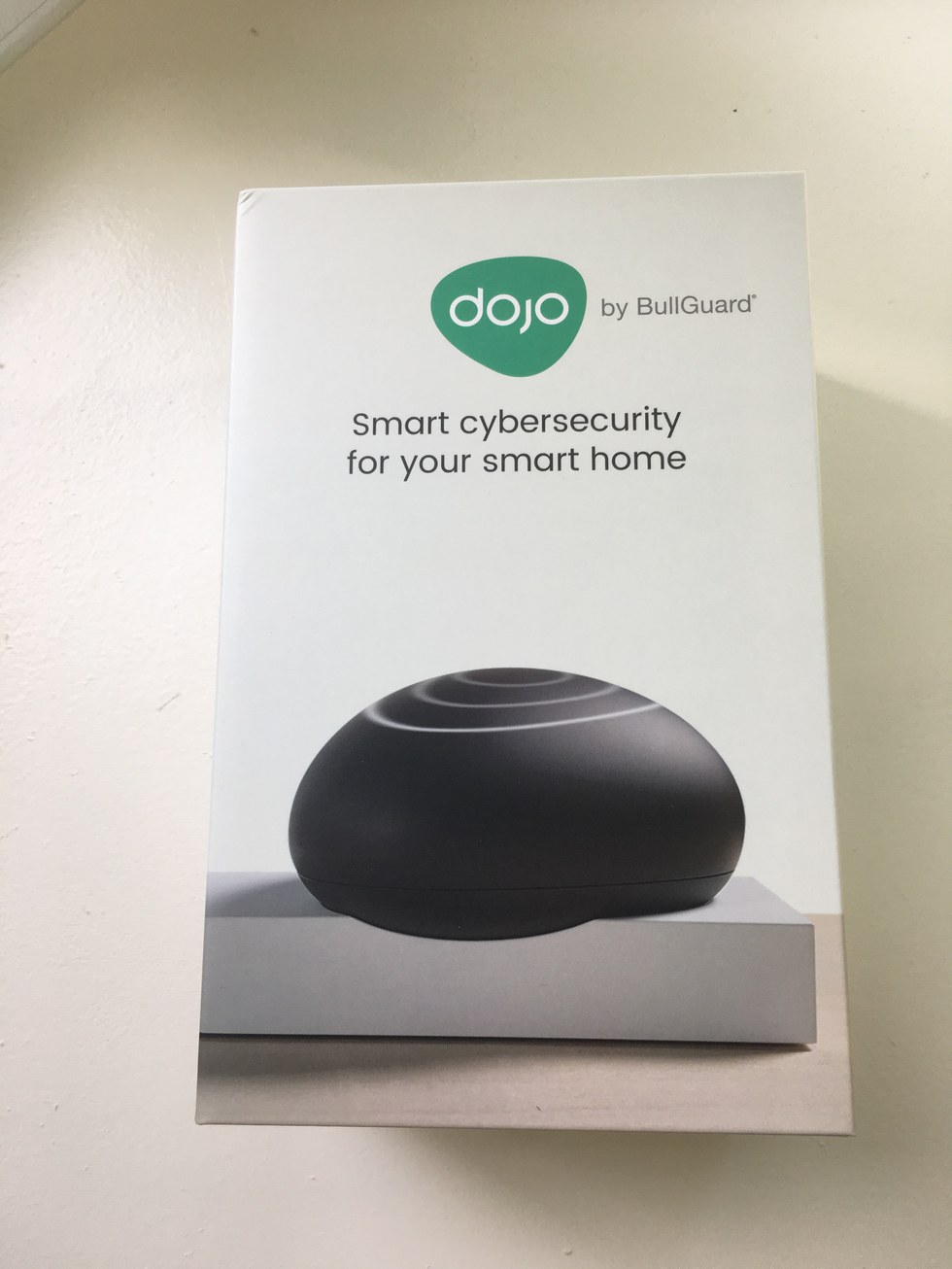 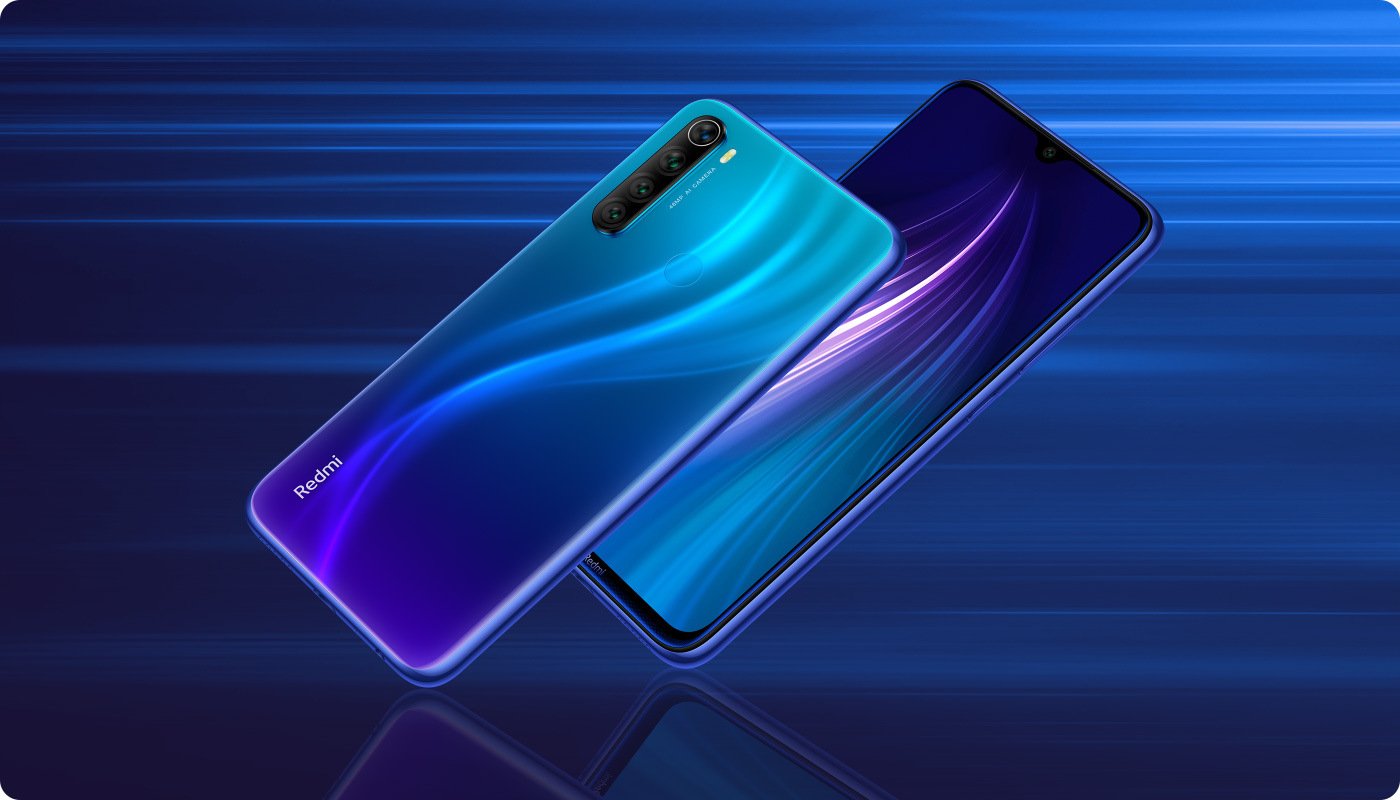 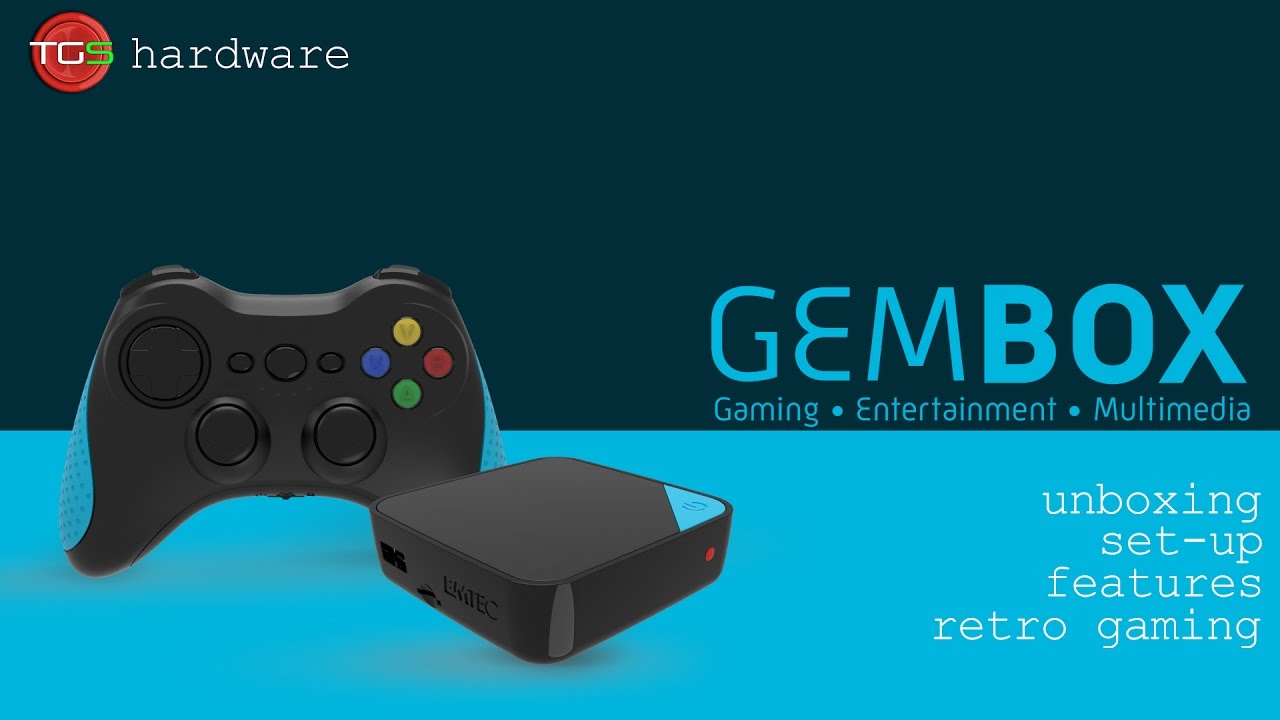