There’s no need to throw out a perfectly good old keyboard just because yours doesn’t seem to have the new Euro sign – the symbol for the single European currency. The Euro sign on the keyboard might be a bit difficult to find. The symbol looks like a letter ‘C’ with an equals sign superimposed on it. It’s supposed to look a bit like an E for Euro and the Greek letter epsilon to represent the influence of Ancient Greek culture on Europe.

Getting the Euro Symbol

Your computer can create more characters than just what is on your keyboard. Foreign letters, accented characters, mathematical symbols, and more are all available if you know the right code.

These characters are sometimes referred to as ALT+NUMPAD characters because you create them using a combination of the ALT key and a code on the number pad.

When the Euro currency developed in the late 1990s, it took a few years before most fonts supported the symbol, but by 2010, most fonts do support it.

The need to type the Euro sign as quickly as possible is understandable since it’s the main currency in most European countries.

But even if your keyboard is listing the € (euro) sign on the number 4 key, pressing Shift + 4 will only produce the $ (dollar) symbol with the Standard US Keyboard.

On Windows, the easiest solution is to switch to a European keyboard layout and use Ctrl + Alt + E, AltGr + 4, or AltGr + E. But if you’re keen on keeping the Standard US Keyboard layout, there are some workarounds that you can use to type the Euro symbol.

Where is the Euro Symbol on My Keyboard?

If you’re very lucky, your keyboard might have a dedicated euro key. If it has, you won’t need to worry about holding down other buttons at the same time – just tap the button and the € symbol should appear.

If your keyboard doesn’t have a dedicated euro key, look for it on another key. Most keyboards have the euro symbol on the 4 key at the top of your keyboard, but some have it on the 5 or the E key.

If you can see the € symbol on your 4 key but can’t get it to appear on your screen, you’ll need to use one of the following key combinations.

If you’ve tried these steps and still can’t see the euro symbol, this could mean your keyboard has the euro symbol on a different key. If you can spot the euro symbol somewhere else, repeat the steps above but with the alternative key instead.

Still struggling? If your keyboard has a number pad on the right hand side you can use Alt codes to get characters you wouldn’t find normally. Hold down Alt and type 0128 to get a Euro key to appear.

As you can see, there are multiple workarounds that will allow you to use the Euro symbol on a Standard US keyboard.

Alternatively, you can use tools like AllChars for Windows or UniChar for Mac. These will add additional mnemonic key sequences, making it easier to type uncommon symbols.

Typing the Euro Symbol on Mac

If you are using a Mac, typing the Euro sign is as easy as pressing Option (Alt) + Shift + 2. But keep in mind that this shortcut will only work with the US English keyboard and Canadian English

Note: Keep in mind that this will only work if the fond you are using has the € (euro) symbol available. Some fonts will have no symbol for the euro currency.

If you’re having trouble identifying the shortcut for the Euro sign on your Mac, you can use the Keyboard Viewer to discover the exact shortcut for it. Here’s how:

Next, go to System Preferences > Language & Region and click on Keyboard Preferences. Then select the Import Sources tab and check the box next to the Show Input menu in the menu bar.

With both options enabled, click the keyboard icon in the menu bar (top-right corner) and click on Show Keyboard Viewer.

Systematically hold the Option, Shift or Option + Shift until you discover the hotkey for the Euro sign

Typing the Euro Symbol on Windows

You can type the Euro sign by holding Alt and typing 0128 in the numerical pads on the right side of your keyboard. Alt + 0128 will work system-wide on Windows and with any 3rd party program, regardless of your language layout.

But keep in mind that you’ll need to use the numerical pads, otherwise it won’t work. The only downside is that the shortcut is a little time-consuming.

Note: If you only need the Euro sign when using Word, you can use Ctrl + Alt + E. It will work with every Microsoft Word version and it’s much faster.

How do I get the euro sign on my keyboard UK?

To print the Euro symbol with a UK keyboard layout, press CTRL-ALT-4 simultaneously

How do you use the euro symbol on the 5 key?

US: Alt Gr key is just an Alt key, so no Euro symbol if you type Alt Gr + 5 (even though € is printed next to 5 on the physical keyboard). US International: Alt Gr key works and Euro symbol works on Alt Gr + 5 but then we also get “dead keys” that allow us to type international characters.

Which key is shift on Mac?

Which key is a shift key on a MacBook keyboard? Answer: A: Answer: A: The one between caps lock key and fn key on the left side of the keyboard 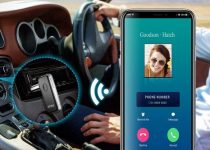 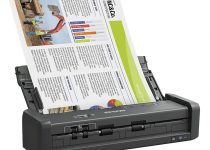 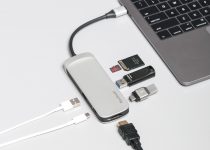