The best drones are far more than the simple toys they used to be. They’re now used widely by both amateur and professional photographers because they can reach areas and shoot from angles that regular cameras can’t. They allow aerial photography and videography of landscapes, buildings, and events that previously required the use of a helicopter, a small plane, or a crane.

The best drones have evolved greatly since the first ready-to-fly model went on sale ten years ago – and a decade on drones are now everywhere.

Every drone on this list  has a camera supported by a powered gimbal, which counteracts the vibration from the propellers.

Sensor size is still an issue for photographers, but there are options depending on your needs. In general, the bigger the sensor, the better the low-light performance.

Most of the best drones are supremely stable in a crosswind, unlikely to lose connectivity with a controller unless you fly them miles away, and—thanks to onboard GPS—will simply return to where they were launched and land themselves if that connection is broken.

Range has also jumped. You can fly them on a path up to 15 miles away (though, there’s an important fine print item on that subject, below), and several that we’ve chosen shoot video in 4K and a few in even 8K resolution.

Many feature the still-image quality of $1,000-plus DSLRs. And beyond all that, proximity-sensing tech buffers against many of the dangers of accidentally flying into trees and other objects that can cause crash landings.

One thing that hasn’t changed: The more you spend, the more features, stability, flying time per charge and range you get.

Most of the best drones are supremely stable in a crosswind, unlikely to lose connectivity with a controller unless you fly them miles away, and—thanks to onboard GPS—will simply return to where they were launched and land themselves if that connection is broken.

A dramatic improvement on the original Mavic Air, the Mavic Air 2 is the best all-rounder drone for beginners and hobbyists.

Like a mini version of the Mavic 2 Pro, it combines the ability to shoot excellent 4K/60p video, a huge range of shooting features, and an impressive 34-minute flight time.

A new 1/2-inch sensor ensures better ISO performance than its predecessor and supports slo-mo 1080p video up to 240fps.

The Mavic Air 2’s new controller, meanwhile, brings Ocusync 2.0 connectivity, which boosts its range up to 10km and improves the stability of its signal to the DJI Fly app.

With subject-tracking and all of the familiar Quickshot automated modes, it’s the perfect sweet spot between the more basic DJI Mavic Mini and the pricier Mavic 2 series.

Like the Mavic 2, Autel’s second EVO is offered with different camera choices, in theory at least (supply has been erratic in its early months, but then 2020 hasn’t been an easy year).

Both are built around a heavy, rugged-looking (but average feeling) orange airframe which eschews sleek consumer-friendly design for simple practicality.

It’s a bit chunkier than the Mavics, but it can fly for longer and is bigger unfolded).

While Autel Explorer, it’s partner app, lacks some of the polish of DJI’s equivalents, it does bring all the tracking options you might want.

Moreover, it has the huge advantage of being optional: there is a 3.3-inch OLED screen in the remote meaning you can fly without connecting the phone at all.

Another big plus is that the drone has omnidirectional collision sensors which it uses in normal fight (the Mavic 2 has side-sensors, but only uses them in some automatic modes).

So far the ‘lesser’ 8K model is the one widely available – with the 6K ‘Pro’ model following and the dual infrared-enabled version to come.

Why is 8K ‘lesser’? In fact, it uses the same Sony IMX586 half-inch imaging chip as featured in the Mavic Air 2, while the 6K pro sports IMX383 1-inch sensor (that’s four times the area) and can output 10-bit footage and a variable aperture.

PowerVision is certainly an inventive company – as its awards shelf will testament – and it has been making underwater drones as long as flying ones, so the PowerEgg X shouldn’t have come as a surprise, but it did.

Their original PowerEgg was a stunning product, yet rather than revising it, PowerVision opted to go back to the drawing board.

They created an altogether new egg which could be used as a drone, a hand-held or tripod-mounted camcorder making use of the gimbal for stability and A.I. for subject tracking, and – in the optional ‘Wizard’ kit – a beach-ready drone which can land on water or fly in the rain.

Photographers will rightly worry that the 4K camera doesn’t have as bigger sensor as, for example, the Mavic, but in good light it’s capable of 60fps – double the frame-rate of the DJI, making it great for.

It’s adaptability means it’s arms are completely removable but, thanks to the folding props, setup takes no longer than a DJI Phantom.

The A.I. camera mode is good, but it would really benefit from a ‘record’ button like a traditional camcorder – you need to use the app.

The waterproof mode means attaching a housing and landing gear which does take a minute or two, and covers the forward-facing collision & object tracking sensors, but there is nothing on the market that can touch it so it’s hardly something to complain about. This is the drone that GoPro should have made.

Simple, lightweight and affordable, the Ryze Tello is designed to be a fun drone for first-time flyers.

And despite its budget price tag, the Tello offers plenty: the battery serves up a reasonable 13 minutes of flight time, while downward-facing light sensors allow the Tello to hover in place and perform a handful of automated tricks.

Because video is beamed directly to your smartphone, the frame rate is affected by any drop in connection strength.

That said, the app is refreshingly simple and makes for a straightforward way to pilot the Tello, with an on-screen twin-stick setup that’s rewardingly responsive.

The theoretical range is 100m, but 30-40m is more realistic – which, given how even the slightest breeze can blow the 80g Tello off course, is not necessarily a bad thing.

The Ryze Tello is fundamentally a fun drone to fly on a calm day, zipping along at a rapid chop and reacting nimbly to intuitive inputs.

The limited range is somewhat restrictive but, provided you don’t mind choppy video, it’s nevertheless the best starter drone around.

You’ve ever had any question bothering you concerning the usage of drones? Do not worry anymore because you might find such answers below.

QUES: What is a Drone used for?

ANS: Consumer drones are mostly used for fun – who would have guessed that?! Drones are also commonly used for photography, journalism, building inspections, and surveillance among many others.

The rise of their popularity is due to the fact that drones can reach locations that are more difficult or even impossible for humans to access without equipment that is more expensive than a drone.

QUES: Where to Fly Drone?

ANS: The rule for flying recreational drones is that they must be flown at the utmost 400 ft. Also, drone owners are expected to fly their drones 5 miles away from airports.

FAA suggests certain Do’s and Don’ts which ask the pilots to maintain specific guidelines to be followed.

QUES: What if the drone gets out of sight/range?

ANS: If a drone gets out of the range of the controller, it automatically/ manually gets into RTL mode i.e. return to land mode. This means that the drone returns back to where it began from and due to the GPS system adjoined.

Did you enjoy reading this article? If you did, kindly hit the share button and also feel free to drop your comment in the comment section of this page.

Best Drones for Beginners that You Will Love and Enjoy 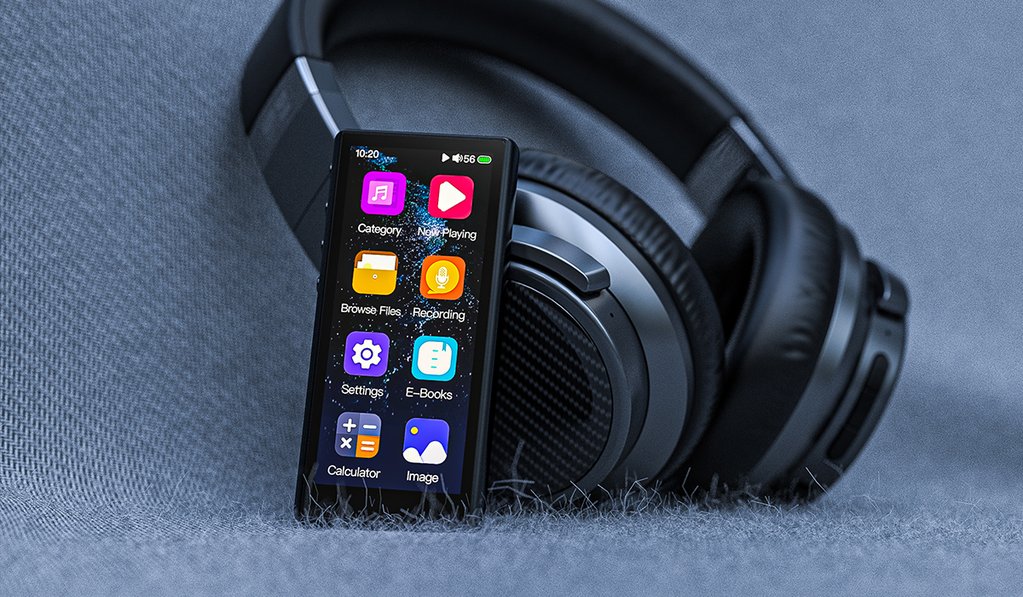 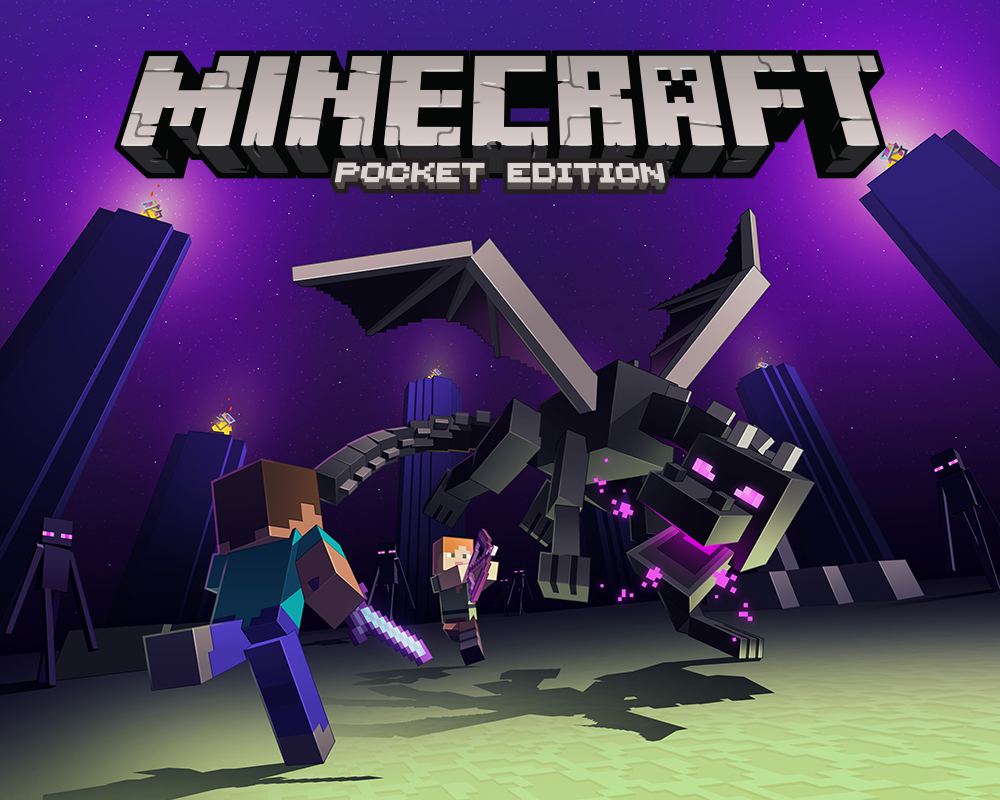 Read More
GGaming
Minecraft has become a well-known and fun game for people of all ages to play. Along with being… 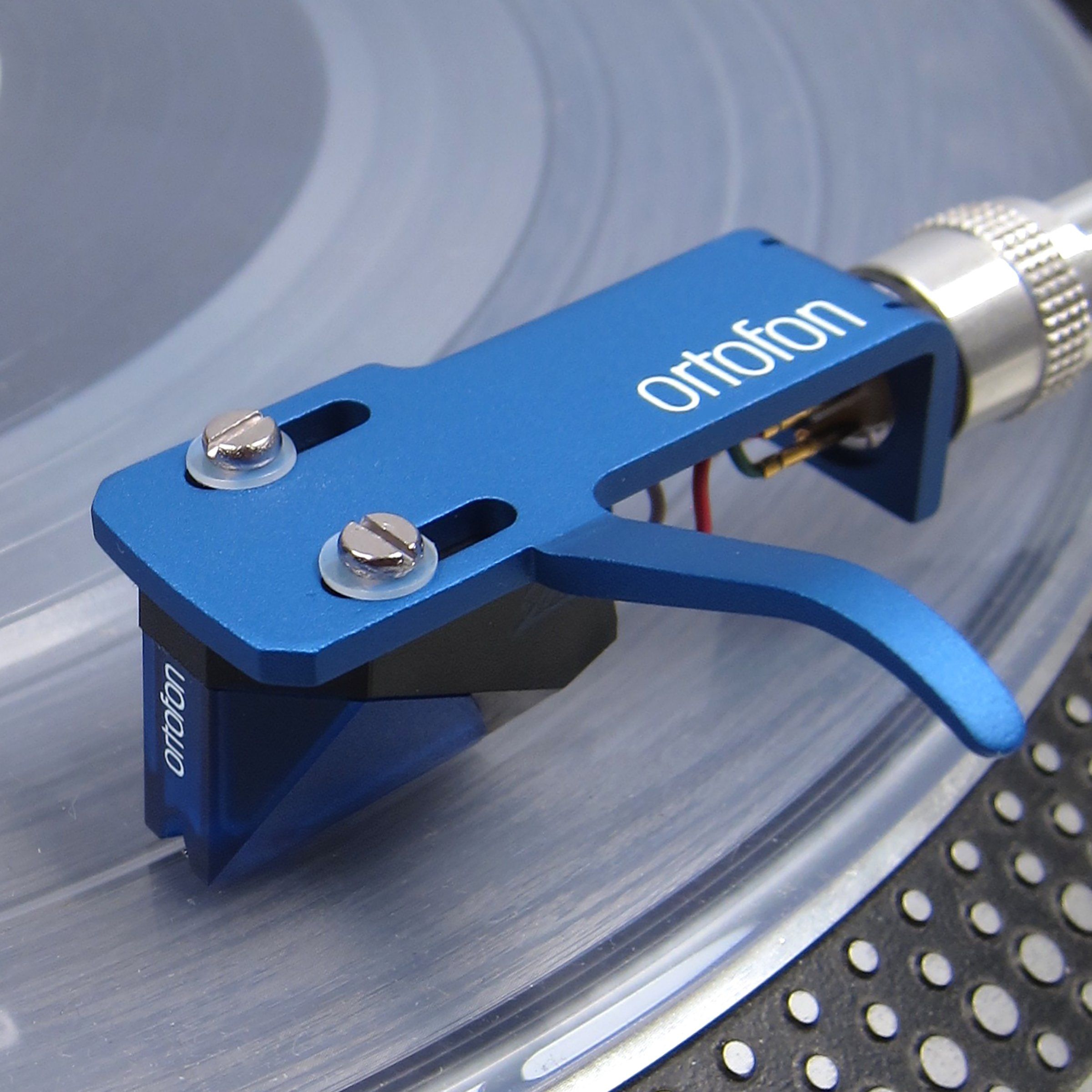 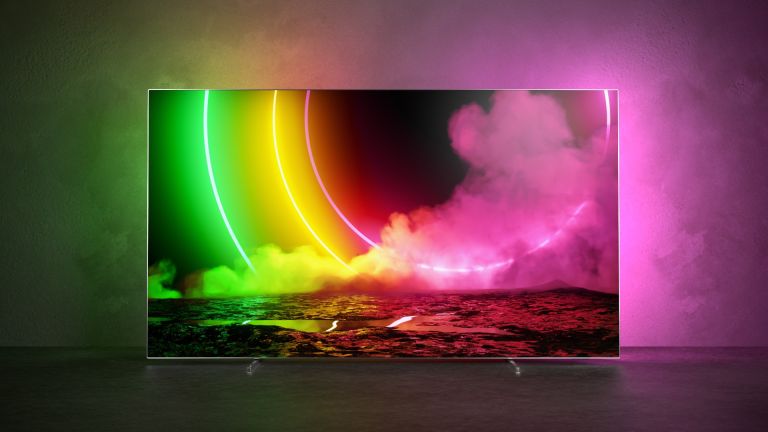 Read More
EElectronics
Looking for a TV that gives you a complete audiovisual upgrade in a compact package? The unique tech… 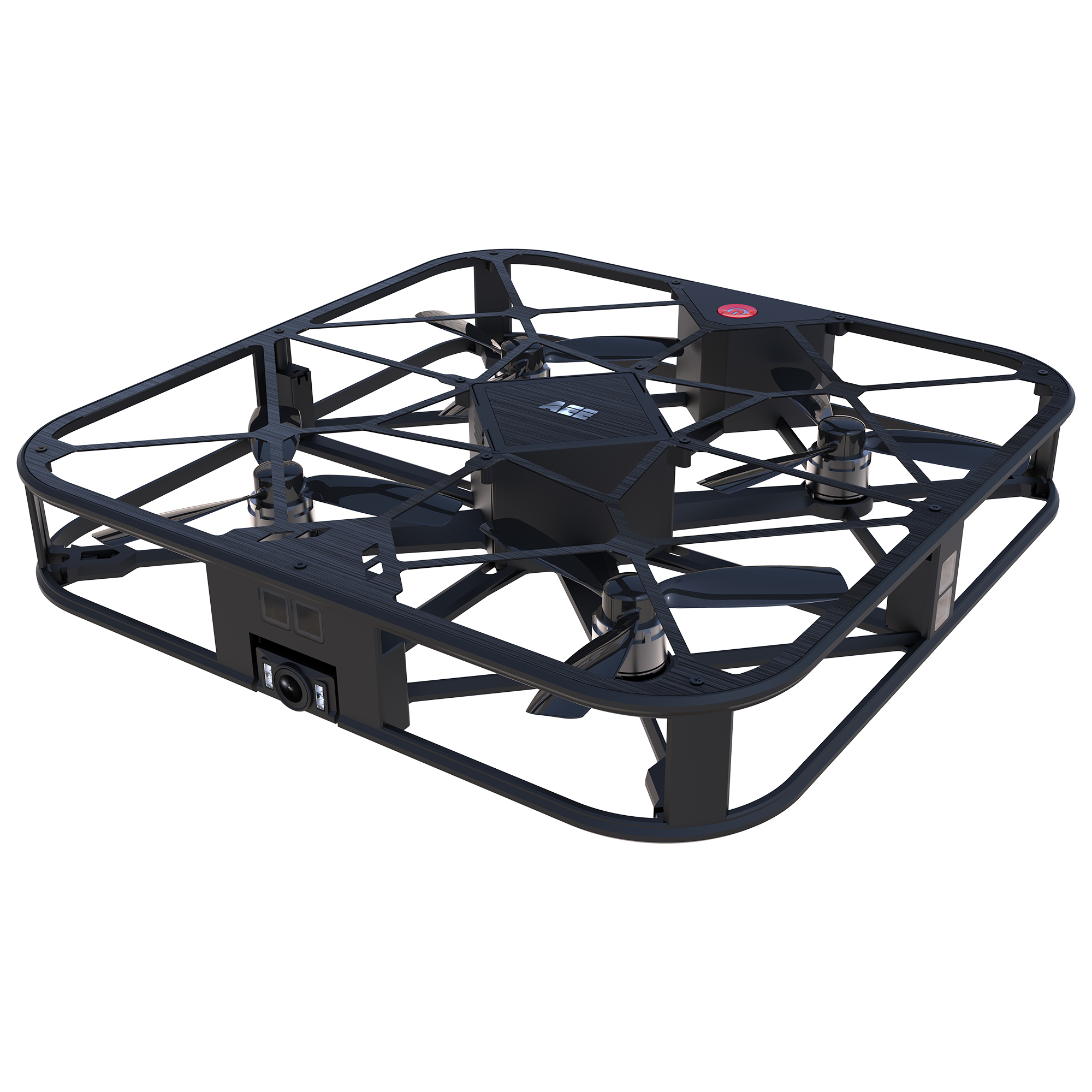 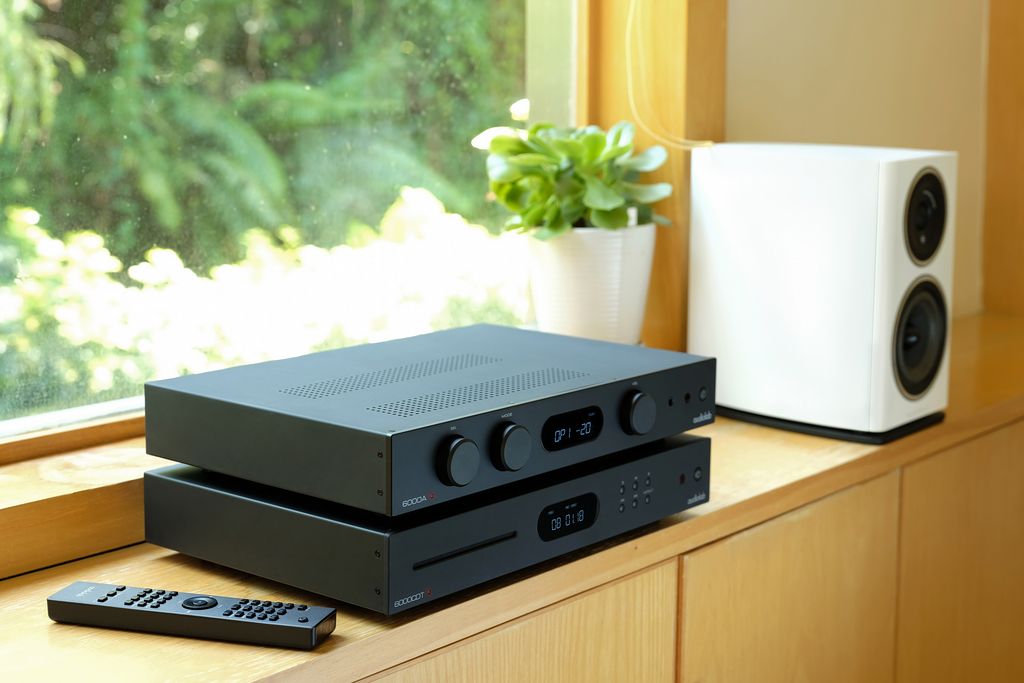