BEBEN 5H and Raycon E25 Wireless Earbuds: Recently, more and more modern smartphones have been eliminating their 3.5mm earphone ports in favor of requiring you to use wireless earbuds.

This eliminates one route of water infiltration, as well as cutting down on hardware, so there’s more room inside for larger hard drives, enhanced cameras, and other features we all know and love. 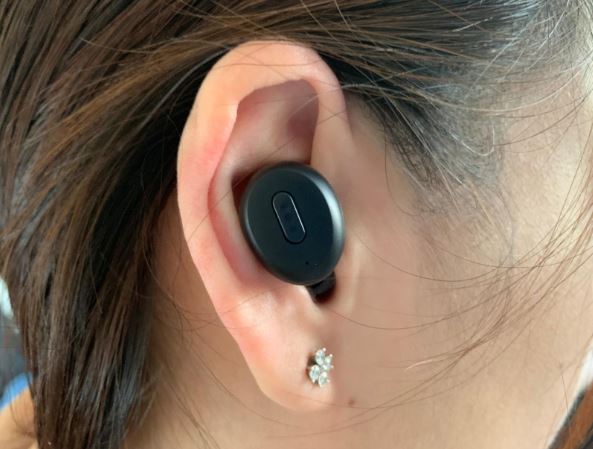 Today, we’ll be looking at two of the most popular pairs of wireless earbuds on the web: the BEBEN 5H and the Raycon E25.

We’ve ranked these earbuds across five different areas: the overall physical design, the battery life and charging speed, the quality of the connection, any accessories that are included, and, of course, sound quality. Let’s see how they stack up!

The first category we’ll be looking at is design. This includes the fit, appearance, and ease of operation, as well as water-resistance. Any other intangibles will also factor into this category.

The BEBEN 5H weighs only 4.7 grams apiece, or about an eighth of an ounce. This is equivalent to a piece of standard printer paper, so you’ll hardly notice there’s anything in your ears at all.

The buttons on the earbuds protrude and are a little clicky. On the one hand, this means that you’ll have to press a little harder than you would with some soft-touch earbuds, but on the other hand, it provides great tactile response.

They come with a small charging case that has a clamshell-style design, with an invisible hinge on the back. The earbud charging wells are magnetized, which allows the buds to slip easily into place.

Like the BEBEN 5H, Raycon E25 earbuds are also very light. The manufacturer doesn’t specify – and we didn’t have a gram scale – but they feel about the same, and won’t feel excessively heavy like some sets of earbuds. These earbuds have standard, soft-touch buttons that are easy to operate, but offer no tactile feedback.

The case is smaller than the case for the 5H, with a short, wide design that’s barely large enough to hold the two earbuds. It’s also magnetic, both in the charging wells and along the front edge of the clamshell.

The magnets are fairly powerful and protect you from the case getting opened by mistake. One feature that’s cool about these earbuds is that they’re available in five different colors: black, blue, red, white, and rose gold. No matter which color you order, the charging case will match.

The BEBEN 5H takes an early lead, with its powerful, IP68 water and dust-resistance and the battery meter, both of which outperform the E25. Then again, if you like your earbuds with a splash of color or prefer soft touch buttons, the E25 might be a better choice for you.

Next, it’s time to look at battery life and charge time. This is an important consideration since it tells you how long you can go without needing to charge the case itself.

Obviously, battery life is variable and depends on a variety of factors including the bit rate and depth of your audio, as well as the volume. So consider these numbers more of a guideline than a hard-and-fast rule.

The 5H can operate for 5 hours on a single charge. The charging case itself holds 600mAh of juice, which is sufficient to recharge the earbuds four times, giving you a total battery life of 25 hours.

The case can be recharged in two ways, either via Micro USB or a wireless charging pad. Either way, a full recharge takes only 90 minutes, so you can easily top off your batteries in less time than it takes to watch a movie.

Raycon E25 earbuds last slightly longer on a single charge, providing 6 hours of playtime. The charging case holds an additional 388mAh of power, which provides an additional 3 recharges as needed. In total, that’s 24 hours of power. The case recharges via Micro USB, and you can top it off in about an hour.

Our third criteria is connectivity. This means not just the connection method, but also the ease of connection and other related features.

The BEBEN 5H utilizes the latest Bluetooth protocol, Bluetooth 5.0. This provides for a crystal clear, low-latency signal even when you’re listening to high-bitrate audio or watching a movie.

The overall range is 33 feet, which is all you reasonably need with a pair of wireless earbuds. Syncing is easy. Simply remove the earbuds from their case, and they’ll automatically turn on. From there, just open your phone or tablet and select them from the Bluetooth menu.

These earbuds are compatible with Siri, so you can also use hands-free calling options or even run a Google search hands-free.

Like the 5H, E25 earbuds use Bluetooth 5.0 technology. The connection is equally stable and is just as easy to make. However, there’s no option to use a single earbud, and you’ll have to jump through some extra hoops to use hands-free options. 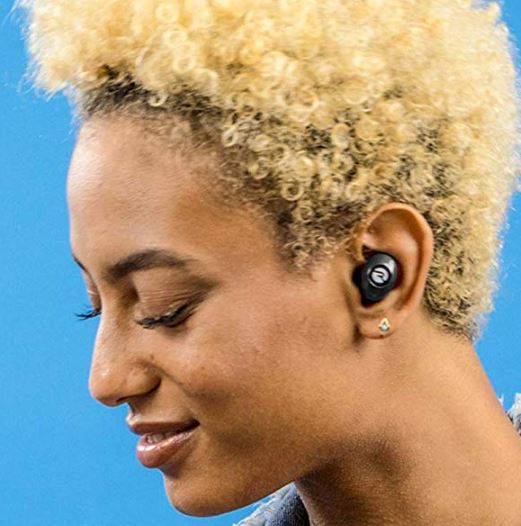 So, what’s our final tally? The BEBEN 5H wins on overall design and connectivity, while the Raycon E25 wins on battery charging and sound quality – accessories were a draw. At the end of the day, it depends on what you need.

If you want more connection options or a submersible pair of earbuds, go with the 5H. If you want clearer phone calls and better battery life and charging, the E25 is our top pick. They’re your earbuds. Choose the pair that works best for you!

Read More
AAudio
The Samsung HW-N950 soundbar is big, bold, and beautiful, which is exactly how a Dolby Atmos soundbar should… 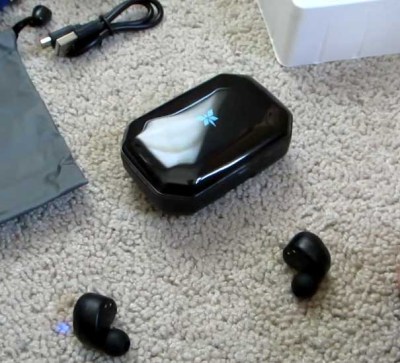 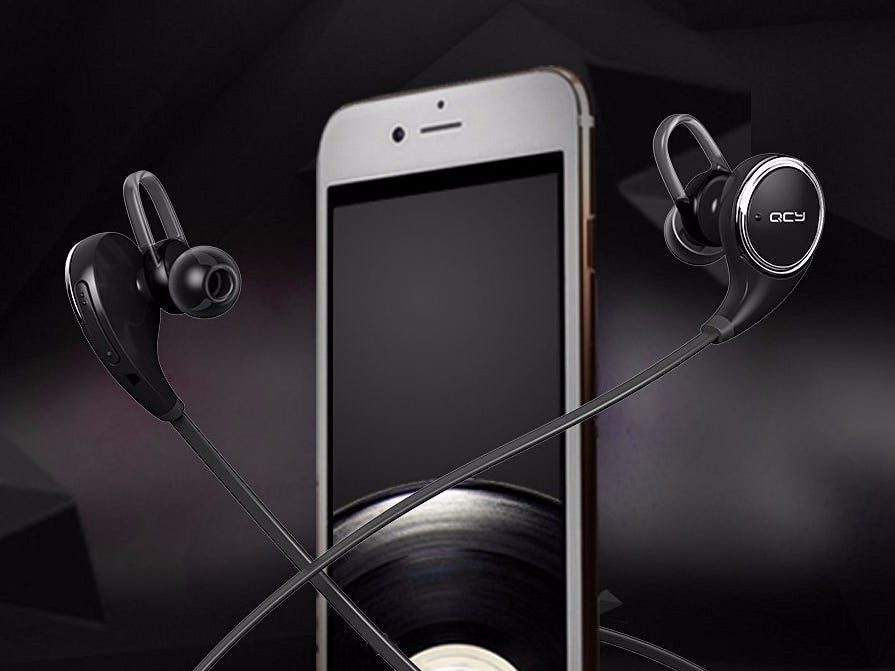 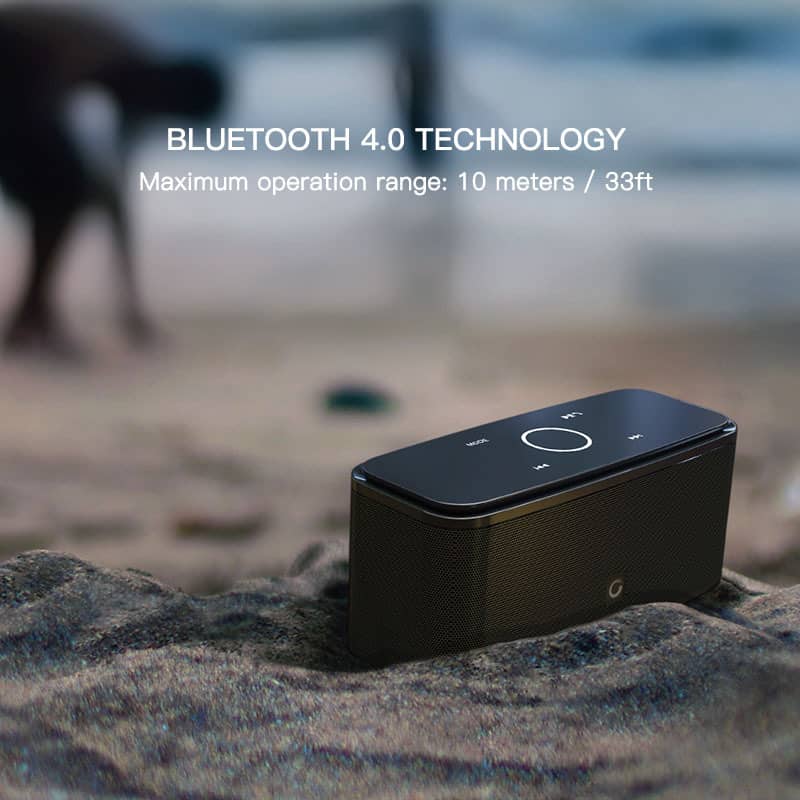 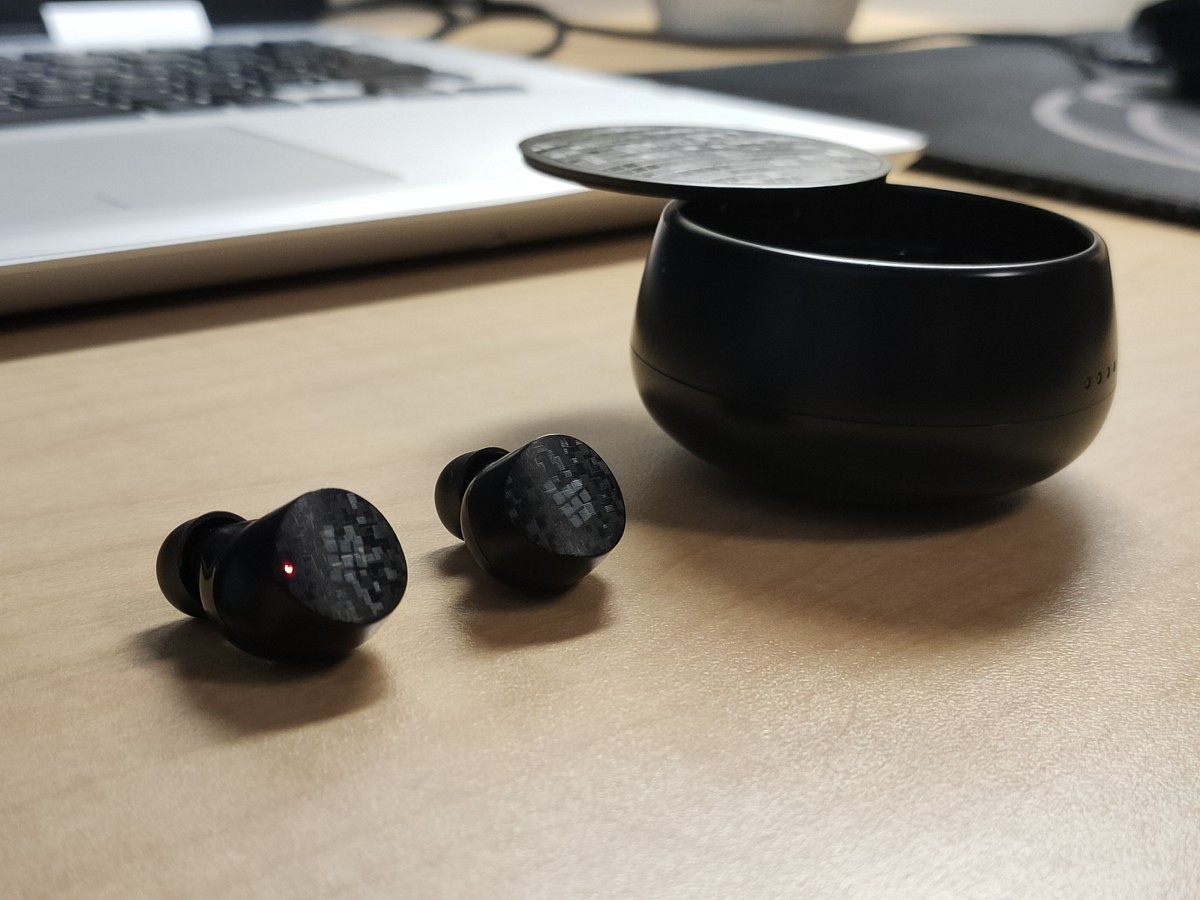